Alanis Morissette became a household name in the late 1990's during the grunge era with her groundbreaking album Jagged Little Pill featuring such hits as Ironic, You Oughta Know, and You Learn. She continued to have more success with follow up albums Former Infatuation Junkie, So Called Chaos, and Under Rug Swept. She also appeared as God in Dogma, and acted in several movies and TV shows as well. The sim is packaged with a good bit of custom content, mostly makeup. Also custom eyes, and hair by me. Freetime is required for the outfit, if you don't have Freetime, use the Sims2Pack Clean Installer and she will packaged with base game clothing. Enjoy! 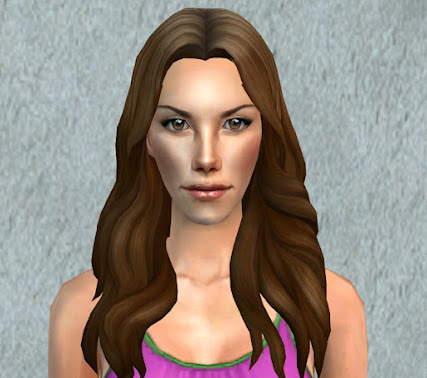 Posted by TheNinthWave at 8:33 PM