Christine McVie (formerly billed as Christine Perfect before her marriage to Fleetwood Mac bass guitarist John McVie) was a singer in the group Fleetwood Mac from 1970 - 1997. Christine and fellow band-mate John McVie split by the end of the Rumors world tour in 1976. Christine released 3 solo albums - Christine Perfect (1970), Christine McVie (1984), and In The Meantime (2004). Her biggest hits include Everywhere, Little Lies (duet with fellow lead singer Stevie Nicks), Songbird, Hold Me (duet with fellow lead singer Lindsey Buckingham), You Make Lovin Fun, Say You Love Me, and Over My Head. There are rumors (for lack of a better word) that she wishes to rejoin Fleetwood Mac. This Christine McVie fan hopes they are more than rumors.

This sim is how she appeared in the mid - late 90's towards the end of her career with Fleetwood Mac. The sim has a lot of custom content. It's all free stuff, won't go into a big list, but it's all there in the sims2pack file. All the creators allow inclusion in sims. Enjoy! 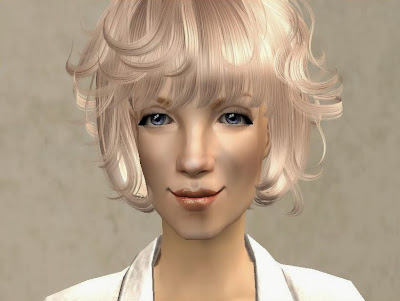