Meryl Streep is often regarded as the best actress in movie history. She first burst on to the scene in 1978's The Deer Hunter in a minor role. Her breakout, star making vehicle role was in 1979's Kramer vs. Kramer where she played a divorcee fighting to get custody of her son. Since then, she starred in a string of hits including Out of Africa, Sofie's Choice, Silkwood, The Devil Wears Prada, and many more. Currently she is working on a new film called August: Osage Country due out August of 2013.

The sim is packaged with a lot of custom content. I won't list them all, since the creators allow inclusion in sims. Enjoy! 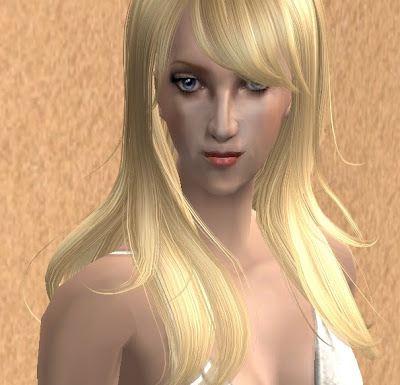