Several years ago, I uploaded this to MTS, and people were complaining that it didn't work so I took it down. Well it did work, partly. It got the effect I originally intended which was to make the costume makeups wearable with other makeup such as lipstick, and blush, but the costume makeup was not multi-wearable with other costume makeups. Now that I know a little bit more about layering, I can finally share this fixed version which I've been meaning to do for quite a while but ADD kicked in. Note: There is a custom content icon star even though these are default replacements, and they will appear above the other EP costume makeups. Enjoy! 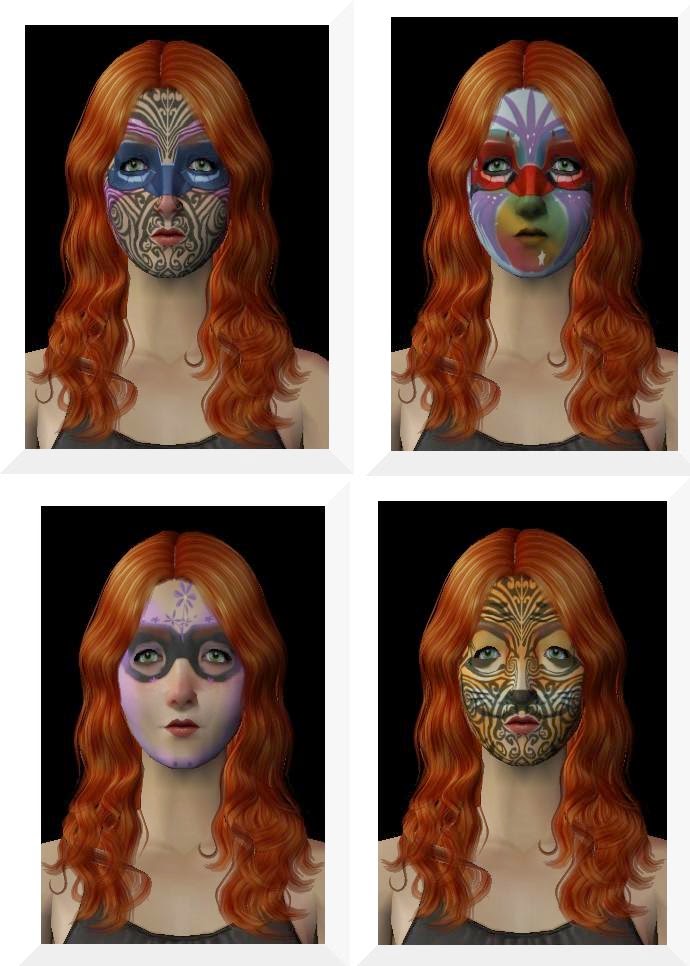