Gloria Estefan became a big hit with her group Miami Sound Machine in the mid and late 1980's with hits like Conga, and Rhythm is Gonna Get You, She had continued success in the 90's, and paved way for other Latin American singers to bring about the Latin Explosion of the mid and late 90's. Her hits of the 90's include Turn the Beat Around, Coming Out of the Dark, and If I Could Reach Higher which she recorded for the 1996 Olympics. This sim comes with custom hair by me, and some other custom content (makeup and eyes). The dress requires Freetime, but if you install with the Sims2Pack Clean Installer, she will come with a base game outfit if you don't have Freetime. Enjoy! 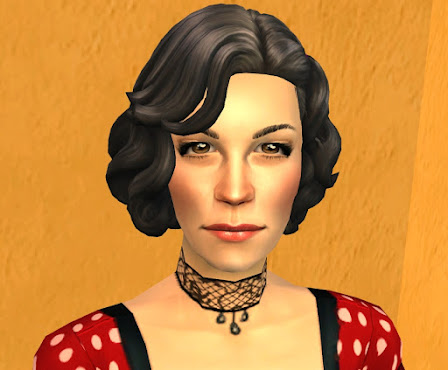