Anyone who knows me knows I'm a huge fan of Kate Bush. I even named the site, and my screen name after her section of songs on her Hounds of Love Album called The Ninth Wave. Though I'm a megafan of Kate's I have never yet shared a sim of her because I wanted to get her just right. With The Sims 4, I'm able to make more true to life sims than in 2, and I had Sims 4 since it came out, but I had been putting a Kate Bush sim on the backburner. Until today. A little info about Kate Bush. Kate Bush came on to the scene in 1978 with her album The Kick Inside, and hit song Wuthering Heights. She had 2 more albums after this that weren't as successful, then burst back on to the scene with her comeback album The Hounds of Love with the mega hit Running Up That Hill (A Deal With God) in 1986. She then released the albums The Sensual World, The Red Shoes, Aerial, and 50 Words For Snow. In 2019, she released rare recordings in a 4 disc set called The Other Sides. The sim has traits that reflect someone in the music industry. To install, use Sims 4 Tray Importer. Enjoy! 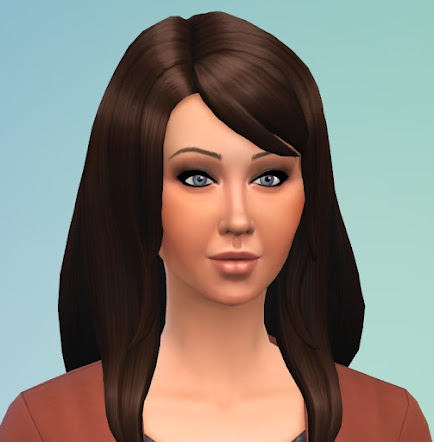 Posted by TheNinthWave at 10:00 PM

Email ThisBlogThis!Share to TwitterShare to FacebookShare to Pinterest
Labels: Sims, The Sims 4